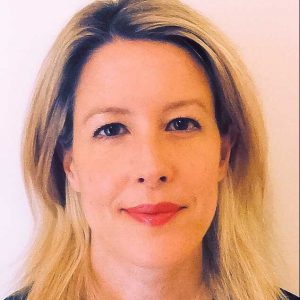 Dr. Seidelmann graduated from the School of Agriculture and Life Sciences at Cornell University with a major in Biology and went on to complete an M.S. in Human Nutrition at Columbia College of Physicians and Surgeons and an M.A, M.Phil and Ph.D in Nutritional and Metabolic Biology from Columbia University and the Institute of Human Nutrition, graduating with distinction. Sara completed a postdoctoral fellowship at the Cleveland Clinic Foundation in Cardiovascular Genetics with a focus on genetic determinants of cardiovascular disease and her Doctorate of Medicine at Case Western Reserve University. She pursued her clinical training at the Yale School of Medicine and Yale New Haven Hospital where she completed her internship and residency training in Internal Medicine and fellowship training in Cardiovascular Medicine. Sara has spent the last three years pursuing advanced clinical and research training in Cardiovascular Disease and Imaging at Harvard Medical School and Brigham and Women’s Hospital. Throughout her training, Sara has been particularly interested in understanding the complex inter-relationship between genes, nutrients, cardiovascular health and aging. 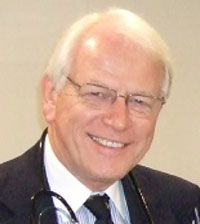 After graduating in 1972 from the University of Edinburgh, Professor Frier trained in Edinburgh and Dundee and was a Clinical Research Fellow at the Cornell University Medical Center in New York (1976-77), before becoming a Consultant Physician in the Western Infirmary and Gartnavel General Hospital in Glasgow, Scotland (1982-87).

Professor Frier’s principal research interest is the pathophysiology of hypoglycemia in humans with particular relevance to diabetes. He has published extensively in this field and has co-edited two multi-author international textbooks on hypoglycemia and diabetes: Hypoglycaemia and Diabetes: Clinical and Physiological Aspects, and Hypoglycaemia in Clinical Diabetes (now in Second edition). He has also contributed to several international textbooks on diabetes and to 5 editions of ‘Davidson’s Principles and Practice of Medicine’. Other research interests include insulin therapy, and driving and diabetes. He is currently the Chairman of the UK National Advisory Panel on Driving and Diabetes.

Dr. Arslanian obtained her medical degree from the American University of Beirut and completed her pediatric residency training at the same institution. She completed her fellowship in Pediatric Endocrinology at the Children’s Hospital of Pittsburgh.

Dr. Arslanian is funded by NIH, Research Foundations and Pharmaceutical Companies.  Her research focus is insulin sensitivity and beta cell function during childhood growth and development, in health and disease (obesity, pre diabetes, Type 2 diabetes, metabolic syndrome PCOS), and racial contrast in risk for the aforementioned.  She has served the national and international scientific communities in various capacities. She has been a member of several consensus panels including the European Society for Pediatric Endocrinology “Childhood Insulin Resistance”, the Endocrine Society “PCOS Guidelines”, the Endocrine Society “Childhood Obesity Guidelines”, the American Diabetes Association (ADA) “Type 2 diabetes in youth”, and the International Study of Pediatric and Adolescent Diabetes (ISPAD) “Type 2 diabetes in youth”.  Dr. Arslanian is the recipient of several prestigious awards for her seminal contributions in advancing scientific discoveries in pediatric insulin resistance, beta cell function and diabetes. She has more than 250 publications, and has been an invited lecturer and chairperson at various national and international congresses.